Don't Forget Your Pants: Thoughts on Managing Change in the Face of New Technology Solutions

Managing change is a tricky thing indeed. When I consider the concept it immediately brings to mind my parents. That is to say, it makes me reflect on how my Mom manages the change and my Dad blankly stares into any conversation regarding it. When my parents went to Italy for a few weeks when I was a teenager, I distinctly remember how it all played out. My Mom was in charge of the tickets, hotels, packing, money conversion, etc. On top of which she also made sure to collect all their important paperwork and sit me and my two sisters down to discuss what to do in the event of an emergency.

It is fair to point out that going on a month long excursion to Italy technically isn’t change, but it certainly was enough change to send my Dad into a state that I can only describe as paralyzing sweats. What would the bathrooms be like? What if he doesn’t know how to ask where the hotel is? Does Italy have bacon? There was an endless number of scenarios that, in his opinion, would lead to certain death; most of which involved either the bathroom or food. In the end, his only job in preparation for this trip was to remember his wallet, passport, and pants on the day of departure.

I am sure we all have a person in our work lives who reminds us of my Dad; someone who is flustered by and has difficulty adapting to change. Having implemented new pension administration line-of-business solutions at several organizations, Sagitec is no stranger to the struggle employees’ face when technology dramatically changes the way they do work. Management plays a large role in how individual employees handle the implementation of a new line-of-business solution, and keeping employees informed along the way helps ease the stress brought on by such a big organizational change.

The approach that any given organization takes to managing change depends on a number of factors including: the size of the organization, the hierarchal structure, the type of change that is occurring, the demographics of the group(s) being affected, etc. Forecasting the impacts of a change in your organization can be intimidating, if not seemingly impossible to do.

Psychology suggests that people, by nature, are predictable; thus an Industrial Psychologist would have a barrage of predicted outcomes of how change in an organization would lead individuals or groups to act. Hesitation, excitement, fear, resentment, acceptance, ambition and so on would be within that list of expected reactions, and I believe most of us have witnessed any number of those first hand.  At a very base level I believe change can insight the fight or flight instinct in individuals, both of which are tough responses to work with. Let’s face it, neither is a favorable reaction in the workplace.

Let’s take a closer look at two big ideas we have brought up here so far with predictability and that pesky fight or flight response that tends to engage in the face of change.

You knew I was going to say that, didn’t you? (See what I did there?)

As stated before, many would argue that individuals are predictable in how they will respond to change; but often times it is in hindsight that we see the pathways people took to arrive at whatever conclusion they have. So let us now take the idea of people being predictable, and alter that to say: Individuals prefer the predictable. After all it is a two-way street, isn’t it?  We very well may be predictable at times, and individuals tend to thrive in a work environment in which they can predict what is going to happen next.

Knowing when to send communication and updates on projects or new initiatives is important for several reasons. Receiving an email with a subject line of “New process design to occur in three years!” will (at best) lift some eyebrows before being deleted. However, three years is roughly the time expected to design and implement a complete line-of-business solution, and it’s important to find ways to keep employees engaged, trusting, and informed from day one to year three. In a society where people often times don’t know what will be happening in their daily life past this coming weekend (without looking at a calendar item), if communication does not come in a ‘just i 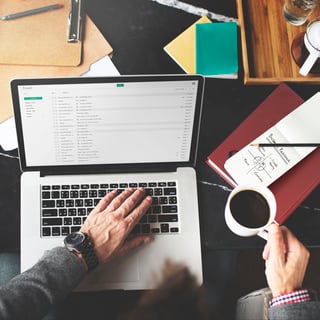 n time’ manner, it will quickly be labeled as unnecessary.

When planning when it is appropriate to send communications regarding an upcoming change, consider the following:

While emails are a necessary tool in business, how do we know if anyone really is reading them? We don’t. It is important to have emails be one of several different communications with employees in the organization. This will aid in the predictability equation on several fronts.  For myself it makes an impact to hear about change verbally. I can tell based on tone of voice and approach of conversation whether or not the person telling me about said change is confident in it. When decision makers talk with conviction and confidence regarding change, I feel confident about it. On the flip-side, an email may include good facts and logistics, but any convincing argument on why the change is occurring can be lost to the reader’s perception of tone in the email.

Change is a Brewin’:

The change that comes with a new line-of-business solution is unique in that it changes the way processes are completed; however, it does not change the process itself. This means that employees are relearning how to do the same job they’ve been doing all along.

I did a survey among individuals I know across several industries to see what kind of response they had received in the past from employees that were just informed a big change was coming. Responses included:

Oh boy. We’ve all heard things like this before, and maybe even said them ourselves. It is unsurprising for people to get defensive and confrontational when posed with a change they don’t initially support.  When I hear comments like the ones shown above, I notice two immediate commonalities between them:

There are many directions to take in crafting a response to statements that have these qualities, and while it is sometimes difficult to know which is most appropriate, I have found in my dealings that sometimes no response is best.

Stay with me here! I don’t mean to say you don’t respond ever to individuals that are struggling to accept change; I’m merely saying that it may not be the best choice at that moment. Think back on a time in which you’ve tried talking with someone that has made up their mind so firmly, that no matter what you say they would either not hear you or they would “hear what they wanted to hear”.  Validation is a powerful thing, and people will seek out evidence of it even when there is none offered. Furthermore, I see statements like that as bait; they are hoping you take it so they can let loose every emotion-driven argument they have. While their opinions and concerns are valid, we need to let everyone in this scenario take a step back and get their emotions back in check.

So how do you engage a person who has this outlook?  When faced with these harsh statements I immediately think of Bob from What About Bob?, with all his fears and Dr. Leo Marvin’s approach of baby steps. The fight or flight response is triggered by extreme emotion or overwhelming stimulation of your nervous system. At a baser level, we need to introduce these ideas in smaller, more manageable doses. We achieve that by all the communication we have been discussing up to this point, whether it be a one-on-one meeting with this person, a new email to the larger group reaffirming information, or holding a round-table discussion for everyone to voice their concerns. Granted Dr. Leo Marvin ended up having a nervous breakdown in 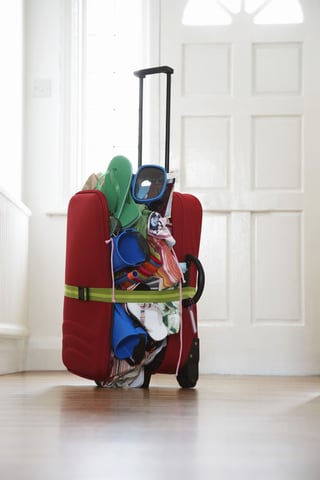 the movie, but I think we can consider that a unique scenario with Bob. I digress.

When it comes to predictability and fight/flight, emails and all forms of communication can aid everyone impacted by change. It allows decision makers to reinforce confidence and readiness, as well as give everyone an opportunity to voice concerns and questions at an appropriate time. This will lessen the likelihood of the fight or flight response to kick in, and save all of us from tense situations amongst the implementation of change.

Communication in all forms plays a big part in managing change on both the personal and organizational level. We have barely skimmed the surface in terms of perspectives on this topic, but I believe the preceding ideas on communication are crucial components to successfully managing change.

Thanks to my Mom’s diligent efforts on preparing my Dad for the change of going to Italy, they had a wonderful time and are going back later this year.  When I say ‘diligent effort’, what that really boils down to is that she took the lead from start to finish. By keeping the communication open and consistent with my Dad, it allowed him to trust that she was doing the “heavy lifting” required to make the trip happen. Furthermore, he had a clear understanding of what the expectations of him were (remember to put on pants). I am hoping that my Dad will now have an easier time trusting that on future trips he will be able to predict what he needs to do to prepare for it without panicking. Wallet, passport, pants. When my parents left for the airport on the first trip they had to turn around because my Dad forgot his wallet. My family has a betting pool on what my Dad will neglect to pack this time.

Sagitec Solutions, LLC designs and delivers tailor-made pension, provident fund, and unemployment insurance software solutions. With broad industry experience, Sagitec helps their customers achieve strategic business objectives, enhance service offerings, and lower operating costs. In addition to their offices in India, Sagitec also has offices in Minneapolis, MN, Topeka, KS, Denver, CO, and Oakland, CA. They are headquartered in the Twin Cities area of Minnesota. Further information can be found at http://www.sagitec.com or by contacting Rick Deshler at (651) 335-3406 or at rick.deshler@Sagitec.com.