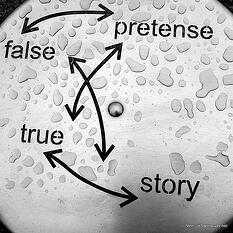 A few weeks ago, I had the pleasure to hear Diane Oakley, Executive Director of the National Institute of Retirement Security, speak at the National Pension Educators Association’s 2011 Conference. In a terrific speech, Diane explained how, since 2008, media attacks on public pensions have risen sharply. Today, legislators, state representatives, and other legal decision-makers regularly tout negative or misleading facts and figures about public pension plans. Whether rooted in "pension envy," misinformation, or some other cause, these attacks have significantly impacted public pension law, regulations, and policies in the United States. It’s time to set the record straight.

To that end, we will now dispel the Top Ten Myths about Public Pension Plans (with special thanks to Diane Oakley).

Not true.  When given the option, most employees choose DB plans.

False.  DB plans can deliver the same benefits as a DC plan at about 1/2 the cost.

Myth #5: DC plans are no riskier for the employee.

To be honest, DB plans are the only plans that, by definition, guarantee a certain benefit.

Not so.  On average, public pensions are modest, with 30% of workers not eligible for Social Security.

Myth #7: Public sector employees are better paid than those in the private sector.

This is simply not true.  State and local workers are paid over 10% less on average than their private sector equivalents.  Over time, the pay differential has actually moved against public workers.

Although different studies show some variance in their estimates, on average public pensions have 30 years until assets are exhausted, which is much, much longer than the media typically reports and gives funds a much longer period of time to deal with problems, should they arise.

While it's true that the private market has moved away from DB plans, the reason may not be what you think.  Private DB funds face more volatility due to government regulations than do public DB funds.  In other words, public funds face less volatility.

Myth #10: Most Americans do not want pensions.

Wrong.  Over 80% of polled Americans say that "all workers should have access to a pension plan."

Well, there you have it. Just goes to show you that there's no shortage of misinformation floating around out there.  So, to all the power players in the industry: before you go making any big decisions that will have significant impacts on workers' livelihoods, be sure you know the facts from the fiction.

What myths have you encountered surrounding public pension plans?  How have you educated yourself and others to confront false or misleading statements?