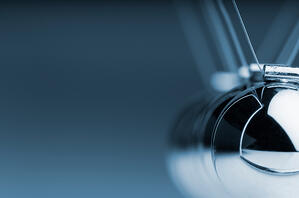 Over the last 25 years, the pendulum in the public pension industry has been swinging from Defined Benefit (DB) plans to Defined Contribution (DC) plans. Powerful advocates in the government and financial sectors have proclaimed that DC plans are the key to reforming a broken pension industry, regardless of the state of the economy. In a bear market, DB plans are unsustainable they say. They put state and local agencies on the path to inevitable failure. On the other hand, in a bull market, DC plans significantly outperform DB plans. Why wouldn’t a pension fund want to follow the DC model?

Well, as it turns out, the DC model is far from a perfect fix.

A recent article by the National Council on Teacher Retirement (NCTR), which was published in their email newsletter but not available online, sheds light on the subject of DC plans. In the article, Meredith Williams, NCTR’s Executive Director, responds to a formal address made by Walter W. Bettinger, CEO of The Charles Schwab Corporation to the National Press club on the topic of 401(k) plans. Williams contends that there are several “fundamental flaws” in the defined contribution model, including “leakage, the lack of mandatory employer contributions, and, ultimately, contribution rates that are simply inadequate to achieve a realistic level of retirement security.” Pension reform isn’t going to be as simple as switching one model for the other.

At Sagitec, we believe that conversations like this one are critical to the future of retirement security for public employees.  We requested permission from NCTR to reprint their article in full in order to share it with our audience.  We thank them for allowing us to share this message with you.

Speaking at the National Press Club on November 11, 2013, Walter W. Bettinger, CEO of The Charles Schwab Corporation, confessed that he was “fairly disappointed, frustrated, and a bit angry about the 401(k) system” and said that it needed to be fundamentally changed.  Meredith Williams, NCTR’s Executive Director, commended Bettinger for his candid assessment of the failure of the 401(k) plan as a primary retirement vehicle, but said that he was also disappointed that Schwab’s chief did not address other fundamental flaws in the defined contribution model, such as leakage, the lack of mandatory employer contributions, and, ultimately, contribution rates that are simply inadequate to achieve a realistic level of retirement security.

Bettinger observed that 401(k) plans are failing the very people they are intended to be taking care of in retirement.  Noting that the current 401(k) system is great for employers, service providers, the firms that manage the money, and the consultants who advise the employers, Bettinger said that “I think it works well for everyone except the one group of people it should really be working for, and that’s the average hard-working American.”

The Schwab CEO still believes in 401(k) plans, saying that he doesn’t think the framework of the basic 401(k) plan should be thrown out.  “But it has to be fixed,” he warned.  He also said that the “pension plans of yesterday” are not coming back and “I’m not advocating for that.”

However, Williams responded that, frankly, now it was his turn to be “fairly disappointed, frustrated, and a bit angry.”  Williams said that he continued to believe that “the core elements of the defined benefit approach remain the most effective and efficient means by which governments can provide their employees an adequate, dependable retirement benefit.”  “To simply dismiss the DB model as outdated and unworthy of an important role in the future of retirement security is not very smart,” the NCTR leader warned.

According to Bettinger, there are “two relatively simple steps that we need to take” that will largely achieve a fix for 401(k) plans:

“If we don’t address these problems now, the financial and social challenges facing our country can be overwhelming,” Bettinger warned.  In this regard, he claimed that Schwab research shows that individuals working with an independent professional can double their 401(k) savings rates.

However, he acknowledged that independent individual advice is also going to cost money.  How does that jibe with his second goal of lowering fees?  His answer is that 401(k) plans should use “low-cost, index-oriented mutual funds and exchange traded funds.”   If fees could be lowered to 0.5 percent, and nothing else changed, Bettinger claims that the average American would have almost $100,000 more in their account on retirement from where they are today.  “If you apply that across the 51 million Americans participating in 401(k) plans today, by 2050 that’s almost $10 trillion,” he asserted.

Williams agreed that the retirement crisis facing the nation as a whole was daunting.  “Mr. Bettinger is right to sound the alarm that the country is facing very serious problems if this retirement inadequacy remains unaddressed.”  “However, simply ‘tweaking’ the 401(k) model, as he suggests, will not be sufficient,” Williams cautioned.  “First, the huge leakage issue and the fact that employer contributions are voluntary and not mandated and are generally too low to lead to a meaningful retirement corpus are not addressed in his proposal,” Williams pointed out.  He said that ignoring “the fundamental flaws” in such plans and instead focusing on old saws such as lowering fees “is just not enough.”

Bettinger acknowledged that he faced an up-hill battle with his proposed reforms.  He said that there were two “entrenched camps” that were blocking them.  The first is the active asset management camp.  “This idea of beating the market does not need to be part of 401(k) plans,” he said.  “We should leave the idea of active asset management and its relatively high fees to the world of informed, sophisticated investors,” according to Bettinger.

The second “camp” consists of plan consultants and advisers who are hired by the employers to tell them who can beat the markets.  Since, in an index fund setting, you don’t need such advice, the simple explanation for their resistance, Bettinger said, is “self-preservation.”   At Schwab, he said, “we have actually had consultants threaten that they would do everything in their power to convince employers that we serve in the 401(k) industry to fire us if we publically spoke about the ideas that I am sharing today.”

In response to questions following his speech, Bettinger said that he doesn’t think that a government solution is needed, but rather “courage in this industry.”  He also remarked, in answer to a question about the social and financial challenges the nation could face if this problem is not addressed, “Today we are expecting in a 40 year working career to fund a 30 year retirement.  The math simply doesn’t work.”

Williams generally agreed:  “Increasing life spans and stagnant wage growth for the middle class are presenting everyone who works in the pension arena with major challenges.”  “Can the DB model be enhanced?  Absolutely,” Williams said.  “And DC plans also have an important supplementary role to play,” he went on.  Furthermore, Williams noted that this very process of “making well-reasoned changes to the means by which to assure the sustainability of retirement security” was the “real story” of governmental retirement systems’ DB approach, as the last several years of pension reforms at the state and local level have proven.  “But you don’t throw the DB baby out with the bath water,” he noted.  “Recognizing the fundamental flaws with the 401(k) model may be a first step, but true success in travelling the long road to securing an adequate retirement for all Americans will require more than cosmetic changes,” he concluded.

[Editor's note: The article that originally appeared in the NCTR newsletter contained a link to the YouTube video of Walter W. Bettinger, CEO of The Charles Schwab Corporation, speaking at the National Press Club luncheon on Nov. 11, 2013. That video is embedded below.]

Considering a new line-of-business solution? Take our free pension system assessment and receive a customized report that contains an evaluation of your current pension administrative software along with key recommendations for improvement.